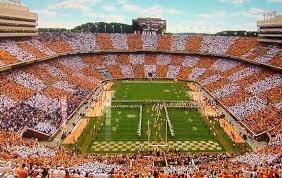 Fall means football season, and that means it's time to start getting excited about your favorite team! There's nothing quite like watching a Tennessee football game.
The energy in the stadium is electric, and the fans are some of the most passionate in all of college football.
If you're on the fence about whether or not to catch a game this season, here are 11 reasons why you should attend the next home game!
Best Salsa Party In Knoxville, Tennessee
Every 1st Friday of The Month
at The Embassy Suites by Hilton in West Knoxville TN 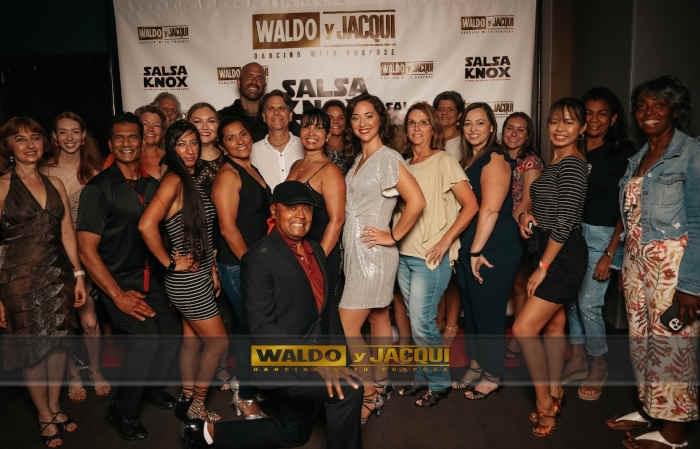 Click Here To Learn More
The Salsa Social
In Knoxville, Tennessee
Every 3rd Friday of The Month at Champion Ballroom Center of Knoxville 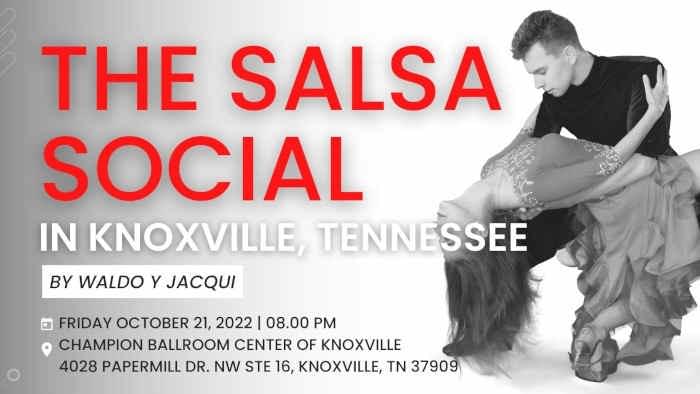 Click Here To Learn More
1. The Atmosphere
Whether you're tailgating with friends before the game or cheering in the stands, there's no denying that the atmosphere at a Tennessee football game is unlike any other.
The air is thick with excitement, and everyone is united in their support and love for the team. It's truly an unforgettable experience.
Fans get to campus hours early to begin tailgating. The term "Neyland Loud" refers to the noise level in the stadium on game day that is unmatched. 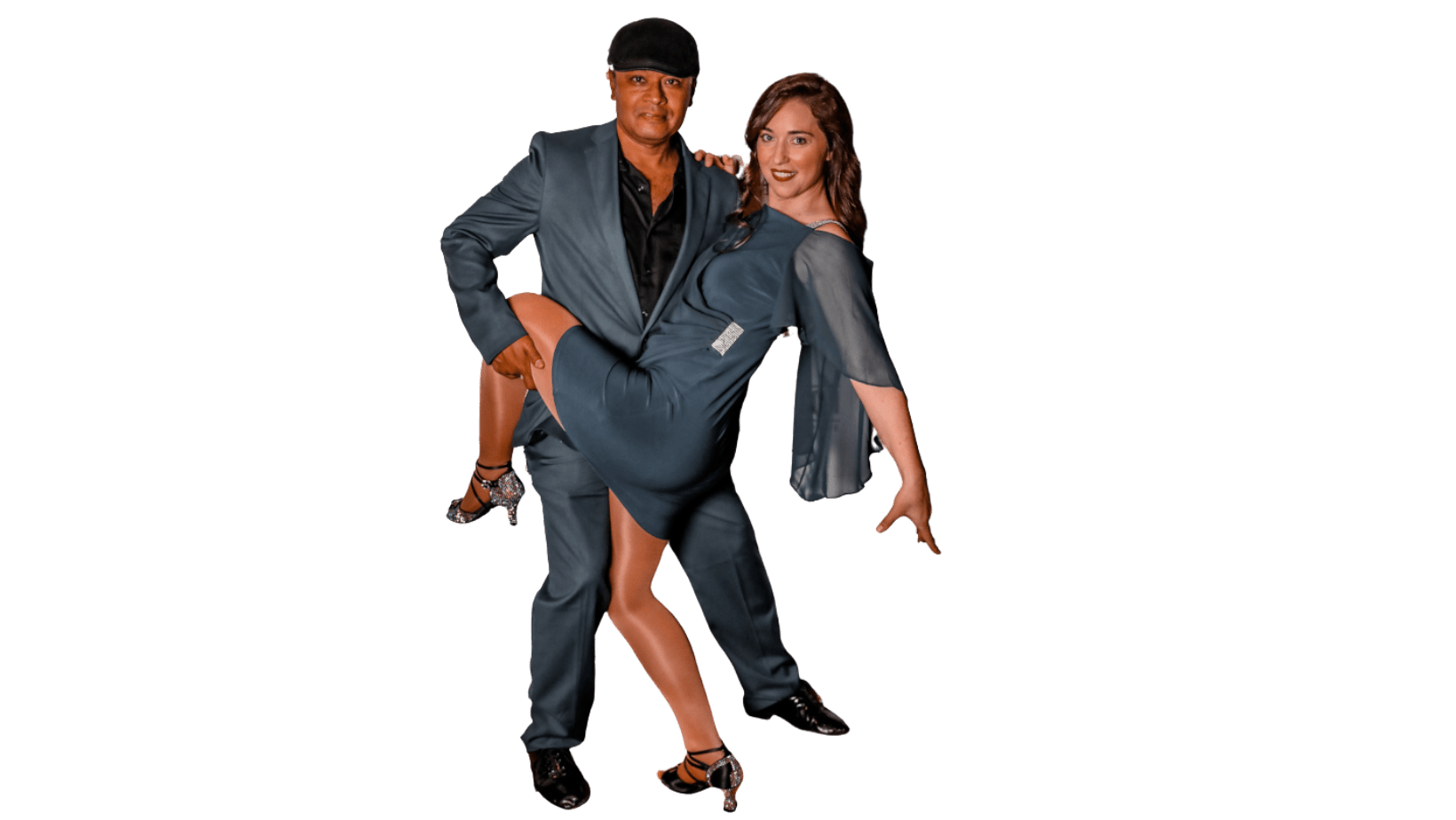 Click Here To Learn More
2. The New Coach
After a few disappointing seasons in the past few years, the Volunteers have brought in a new head coach, Josh Heupel, who is determined to turn things around and make the Vols relevant again.

Heupel played college football for the University of Oklahoma from 1996 to 1999. He led Oklahoma to a National Championship in 2000, was a two-time All-American, and won the Heisman Trophy.
To keep fans "in the know", The Josh Heupel Show is a weekly online radio show hosted by the head coach himself.
On the show, Coach Heupel interviews various college football coaches and players, as well as gives his own insights and analysis on relevant content to help the audience understand why certain decisions were made and how they may or may not have contributed to a win.
They provide a link to an episode every Sunday where he reviews videos of the previous night's game. Wednesday's show at Calhoun's on the River allows call-in questions for Coach Heupel for additional information that wasn't covered on Sunday.
3. The Fans inside Neyland
There are so many things that make the UT Volunteers fan base great! UT fans are some of the most passionate and dedicated in the country. They are always there to support their team, no matter if they win or lose.

UT fans are also just really friendly people. They're always willing to talk football with strangers and make new friends. You can't help but feel welcomed into the Tennessee family when you're around Vols fans!
4. The Fanbase from Home
If the Tennessee Vols football game is not being televised, you can listen to the game on the radio, or you can check the Tennessee Athletics page online to read the information on updates.

Fans can visit The Vol Shop site UTvolshop.com to purchase products and gear from home. The Vol shop also features merchandise of players who have given their consent to sell using their names and/or numbers.
5. The History
Tennessee football has a rich history dating back over 100 years. The team has won numerous championships and produced some of the greatest players in college football history.

Named after General Neyland, a star athlete at the University of Tennessee who later served in World War I. In 1926 he became the head football coach at the University of Tennessee, a position he held until his death in 1952.
During his tenure as head coach, Neyland's teams compiled a record of 173 wins, 31 losses, and 6 ties. Neyland is considered one of the most successful football coaches in history. When you come to a game, you're not just watching a football game—you're part of history.
6. The Traditions
One of the traditions of UT Volunteers football is the "Vol Walk." This is where the players and coaches walk from the University Commons to Neyland Stadium before each game.

There's also a "Vol Navy" that cheers on the team from boats on the Tennessee River. And finally, one of the most longstanding traditions is when fans sing "Rocky Top" after a touchdown.
The Power T is the Tennessee Volunteers' iconic tradition. It was created by head coach Doug Dickey in the late 1960s and involves running through the T formed by the band and cheerleaders by the two goalposts.
7. The Pride of the Southland Marching Band
The Pride of the Southland is a marching band at the University of Tennessee that has been around since the late 1800s.

It's considered one of the best marching bands in the country and has won numerous awards over the years. The band is known for its unique style, elaborate formations, and passionate performances.
Videos of the "circle drill" reveal its intricate designs that are unforgettable on the field. It's a huge part of campus tradition and culture, and thousands of fans come out to watch their shows each year.
The Pride of the Southland is truly a special tradition at UT that everyone should experience at least once in their life!
8. The Rivalries
Tennessee football has some of the most intense rivalries in all of the sports.

Whether it's against Alabama or Florida, these games are always heated affairs with serious implications for the season. If you want to see some real passion, come to one of these games.
You won't be disappointed. Some of the more notable rivals include the Florida Gators, Georgia Bulldogs, and Alabama Crimson Tide.
The Battle of Border, another rivalry between the University of Tennessee and The University of Kentucky, on Oct 29, ended in a Vols win!
9. The Stadium
Neyland Stadium is located on the campus of the University of Tennessee in Knoxville. The stadium opened in 1921 and has a capacity of 102,455 fans, making it the fifth-largest stadium in the country.

If you're not able to get tickets to a Volunteers game, you can still enjoy all the action from one of the many bars and restaurants that surround Neyland Stadium.
The stadium does have a clear bag policy requiring full transparency of all bags larger than a typical wallet. For specifications on this policy, please refer to the information on the Tennessee athletics page.
10. The Food
Neyland Stadium concessions offer a variety of food and beverage options and services, from traditional ballpark fare to local favorites.

Some of the concession stand items available at Neyland Stadium include hot dogs, hamburgers, chicken sandwiches, pizza, nachos, popcorn, peanuts, and cotton candy.
In addition to these standard ballpark concessions items, the stadium also offers a number of local favorites such as pulled pork sandwiches and barbecue nachos. Neyland Stadium also recently started allowing the sell of beer inside the stadium.
11. The Experience
They're playing for pride. After last year's disappointing season, the Tennessee Volunteers are hungry for a winning season.

They're determined to prove themselves this year and show everyone that they're still one of the best teams in the country. You can bet they'll be giving it their all every time they step on the field.
Due to this dedication from the players, coaches, and fans, watching Tennessee football is an experience unlike any other. There's nothing quite like it, and once you've been to a game, you'll be hooked for life. So what are you waiting for? Get your tickets today!
The Remaining Games in the 2022 Tennessee Volunteers Football Schedule
Nov 5- TN vs. Georgia

Nov 12- TN vs. Missouri
Nov 19- TN vs. South Carolina
Nov 26- TN vs. Vanderbilt
Conclusion
So there you have it—eleven reasons why you should come watch Tennessee football this season! From the electric atmosphere to the passionate fans, there's something for everyone at a UT game.
So whether you're a diehard fan or just looking for a fun time, make sure to catch a game this season! You won't regret it! With a new head coach, a talented quarterback, and a favorable schedule, they're poised for a great season.
So make sure to catch their upcoming games and root them on – you won't be disappointed!